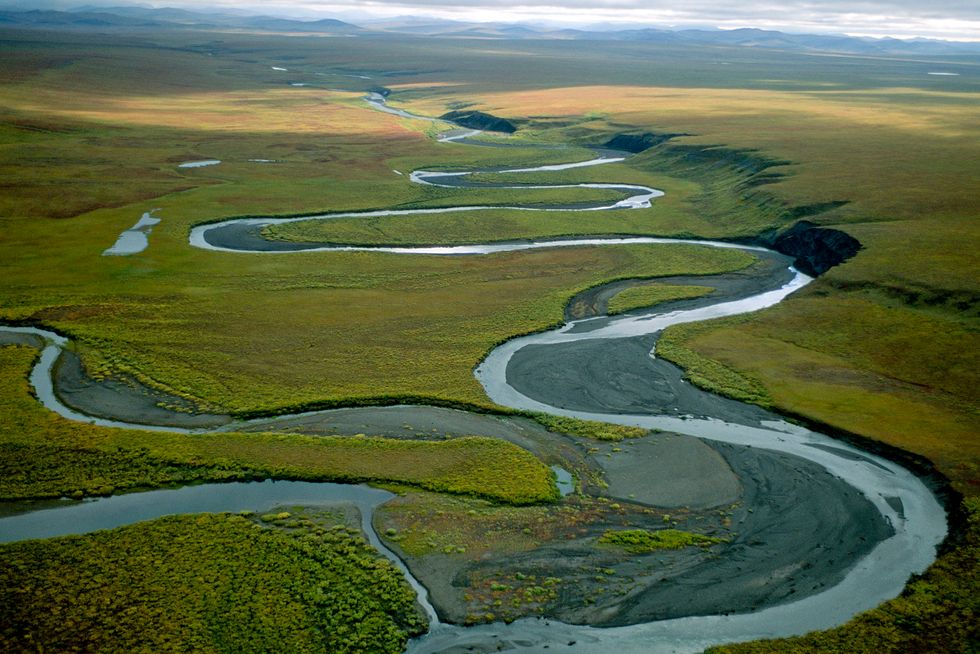 If you've never heard of the National Petroleum Reserve-Alaska, you're not alone. But it deserves our attention, now more than ever.

Twenty years ago, in July 1997, I toured the National Petroleum Reserve-Alaska with then-Interior Secretary Bruce Babbitt and a gaggle of reporters and agency staffers. What most impressed me, other than the vast number of loons, ducks and other migrating waterfowl, was the clearly visible network of tracks criss-crossing the tundra – a legacy of 1960s-era truck traffic probing for oil.

The vividness of those tracks some 40 years later stands as testament to our inability to understand our impact in our world. And this 1998 editorial from the New York Times, on the eve of Babbitt's decision to develop the reserve, gives weight to the notion that once land is developed, it's gone forever. But protection needs constant vigilance.

The whole debate again reminds me of President Johnson's words:

"If future generations are to remember us with gratitude rather than contempt, we must leave them something more than the miracles of technology. We must leave them a glimpse of the world as it was in the beginning, not just after we got through with it…. Once our natural splendor is destroyed, it can never be recaptured. And once man can no longer walk with beauty or wonder at nature, his spirit will wither and his sustenance be wasted."