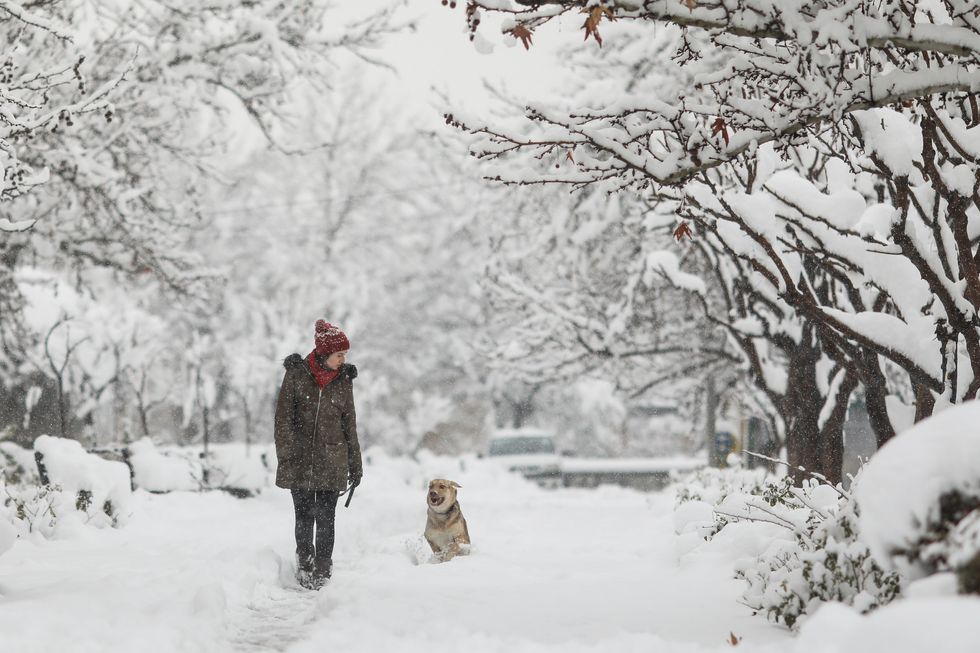 Iranians prayed for rain, but were covered in snow

A full-blown water crisis is drying out Iran, much to the concern of officials who fear protests and strife if conditions do not improve.

There is talk of rationing water in the capital, Tehran, one of the largest cities in the Middle East, because the usual autumn rains had not come.

Why this is important

Climate-driven drought and aquifer depletion played key roles in the Syrian refugee crisis. Over 160 rural villages had to be abandoned. The displaced people flooded the suburbs of cities like Damascus, which were woefully unprepared for the population surge, especially of unemployed youth. Could this happen in Iran?

Happy 4th of July! Here's some summer reading picks from our staff.

Colombia is first in Western Hemisphere to protect 30% of ocean

Summer in America is becoming hotter, longer and more dangerous

What can menstrual blood reveal about health and disease?

Five more flora and fauna that have left their mark.

“The food system is the single largest economic sector causing the transgressing of planetary boundaries.”

“I have a deep appreciation for the sounds just being by a creek and hearing the water… it gives me hope and it gives me life when I'm out in nature.”

Flora and fauna that have left their mark.