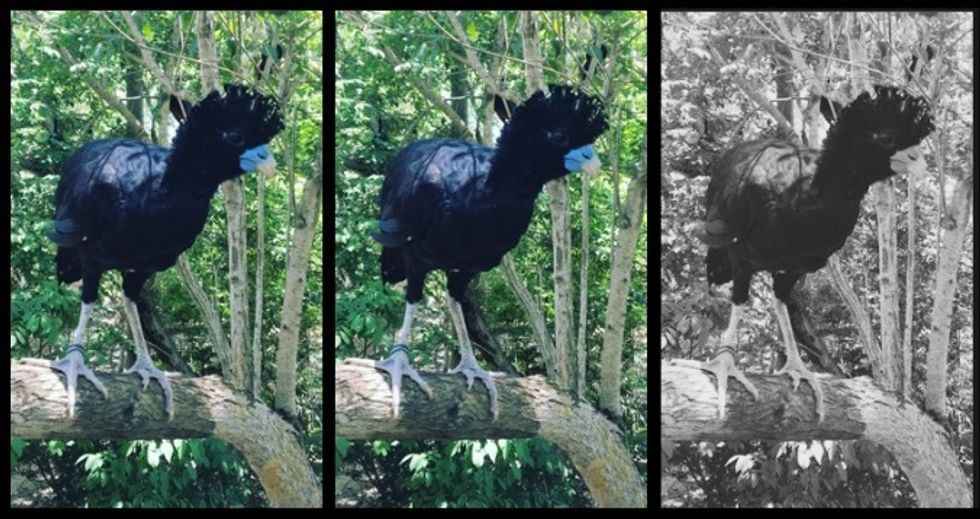 Will the bird that dodged a bullet pay the price of peace?

The Blue-billed Curassow is a secretive bird that skulks in dark corners of moist forests, foraging for insects and fallen fruit, Mike Shanahan writes.

Less than 200 years later, between 150 and 700 Curassows remain. And this, Shanahan tells us, is where things get crazy.

Because while Colombia's 52-year civil war with the guerrilla movement FARC killed some 270,000 and displaced 7 million more, that violence "also protected large portions of the natural wealth that will be key to Colombia's future."

Shanahan is a ecologist by training (with a doctorate from the University of Leeds) who has spent years working in environmental justice and science. In 2016 he published "Gods, Wasps and Stranglers," a fascinating read about how figs have shaped our world, influence cultures and can help restore our forests.

His story of the Curassow is another good, but bitter, tale.

North America’s Native nations reassert their sovereignty: ‘We are here’

“The food system is the single largest economic sector causing the transgressing of planetary boundaries.”

“I have a deep appreciation for the sounds just being by a creek and hearing the water… it gives me hope and it gives me life when I'm out in nature.”

Flora and fauna that have left their mark.

IN-DEPTH: What we know about PFAS in our food

Amid inadequate testing and a lack of regulation, we’re all eating “forever chemicals.”

Global Warming: Why the problem is worse – and solutions simpler – than you thought