PITTSBURGH—Residents of the Mon Valley, a cluster of townships along the Monongahela River 20 miles south of Pittsburgh, Pennsylvania, endured some of the stinkiest and most polluted air in the nation this Christmas.

Starting on December 21, the region's air exceeded federal safety standards for daily levels of particulate matter—microscopic particles that penetrate the lungs and can trigger heart attacks and respiratory disease—for six consecutive days. One of the region's air monitors recorded the worst air quality in the entire U.S. and registered in the "Code Red" range for several hours on multiple days.

Residents complained that the air smelled like "rotten eggs," "sewer backup," "burning plastic," and "hospital waste," and reported symptoms like wheezing, coughing and choking, nausea, stinging eyes and headaches through the SmellPGH app, which uses crowdsourcing to map smells and symptoms associated with air pollution.

The monitor that registered the Code Red sits near U.S. Steel's Clairton Coke Works plant, which converts coal into "coke" used in steelmaking by cooking it at extremely high temperatures. The plant—one of the region's primary sources of air pollution—is notorious for breaking clean air laws and sickening residents. But this time the facility was operating in full compliance with its permit, according to the Allegheny County Health Department, which oversees air quality in the greater Pittsburgh region. 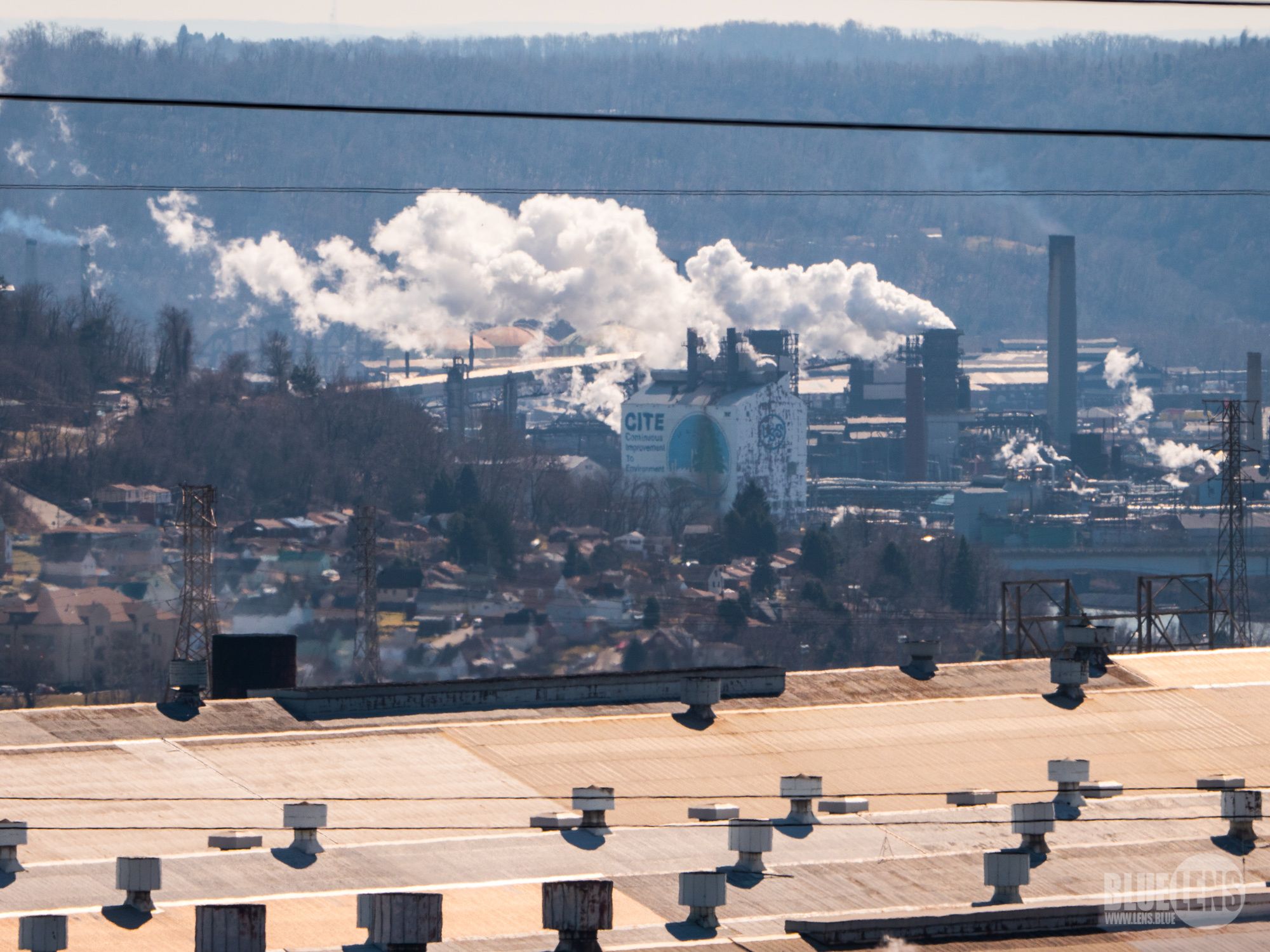 The unhealthy air was caused by a combination of U.S. Steel's emissions and a temperature inversion, which occurs during unseasonably temperate winter days when a warm air mass sits above a colder air mass, trapping pollutants that typically blow away close to the ground. The same type of inversion also caused the worst air pollution disaster in U.S. history—the 1948 "Donora Smog," which killed 20 people in the Mon Valley town of Donora, just 13 miles south of the Clairton Coke Works Plant, spurring the creation of the Federal Clean Air Act.

Temperature inversions like these are historically unusual, even in a place like the Mon Valley, which, like all valleys, is especially prone to stagnant air since the surrounding hills and mountains hem in it. But the last five years were the hottest ever recorded on the planet, and inversions are becoming more frequent: While the Mon Valley saw just four inversions of this scale in the previous decade, this was the second one to hit the region so far in 2019.

Some experts say that trend is likely to continue, and that cities around the world could see an influx of similar "super pollution events" as Earth continues to warm.

"For the last at least 60 years we have data for, we can clearly see a trend of increasing temperature inversions in midlatitude regions," Shiliang Wu, an atmospheric chemist and associate professor at Michigan Technological University, told EHN. "I believe this trend will continue in the coming decades, which will likely lead to an increase in extreme air pollution episodes."

Midlatitude regions are the temperate zones between roughly 30 to 60 degrees north or south of the equator. The midlatitudes encompass about 36 countries, including the U.S. and most of North America, and are home to more than half of the world's population.

Wu co-authored a 2016 paper on long-term changes in extreme air pollution meteorology, which he believes was the first to look at six decades of global meteorology data, to learn how events like temperature inversions and heat waves have changed over time. He found that heat waves in the summer and temperature inversions in the winter—both of which can lead to extreme air pollution events—have increased by up to 50 percent in the last 60 years in most midlatitude regions.

Extreme air pollution events like the one that recently plagued the Mon Valley have also happened in Salt Lake City, Paris, London, and Beijing in recent years. Many of them were the result of either heat waves or inversions, and some have occurred despite relatively decreased emissions.

There's still some debate in the scientific community about the increase of inversions in winter, and about exactly how future changes in weather patterns will affect levels of particulate matter pollution. Wu believes the data from the last 60 years points to a clear and growing increase in wintertime temperature inversions, and that policymakers in urban areas should take note.

"Certain geographical regions like those in a basin or valley and major urban areas are more likely to be affected by inversions and see this kind of extreme pollution events," Wu said. "What just happened in the Mon Valley is obviously not as deadly as what happened during the Donora Smog, but it's still a serious threat to public health when you have air pollution at this level."

An aerial view of the Pittsburgh region. (Credit: Menghan Zhang/Unsplash)

In the Mon Valley, local environmental organizations have pointed out that this concern is not new to the region, and have continually called for stricter coke oven emission standards in general. Meanwhile, the local health department has acknowledged that climate change will lead to more temperature inversions, and has announced intentions to create regulations that would allow them to require polluters like U.S. Steel to reduce their emissions when they know an inversion is coming.

"[Allegheny County Health Department] recognizes that the increasing frequency of these temperature inversions is associated with climate change," an agency spokesperson said in a statement. "While we will continue to advocate for residents to do what they can to reduce emissions, we must also explore new regulations that would impose corrective action requirements on industry during short-term pollution events."

Other cities—particularly those located in basins and valleys—may need to take a similar approach.

"Air pollution permits are currently designed for average, normal day-to-day conditions, not extreme weather events like heat waves and inversions," Wu said. "I think that will have to change in the future."

A river wounded: Crisis on the Rio Grande

How Germany's ban on harmful pesticides could impact Africa

'They call us garbage people': The Syrians surviving off US army waste

What will it take to give babies a phthalate-free start in the world?

It is currently impossible to have a completely phthalate-free neonatal intensive care unit in the U.S. Health experts say that needs to change.